Jan 5 / Liton Ali
Habit Hijack - borrow some working habits, then make them your own.
Every month, we suggest tiny ways to update the way you work to help improve your performance and skills quickly. Pick a habit, practise it several times and if it helps, keep it up!
No matter what level you’re at, managing your workload in an agency job can seem like a never-ending game of Tetris with potentially catastrophic consequences if you should stop guiding the pieces for a few minutes.

You've got no choice but to deal with the avalanche of differently-shaped work until one awkward piece screws you over and you have to do something drastic to sort it all out. Professional project managers play slightly differently - they concentrate on organising the entire body of pieces rather than handling whatever’s dropped on them next. 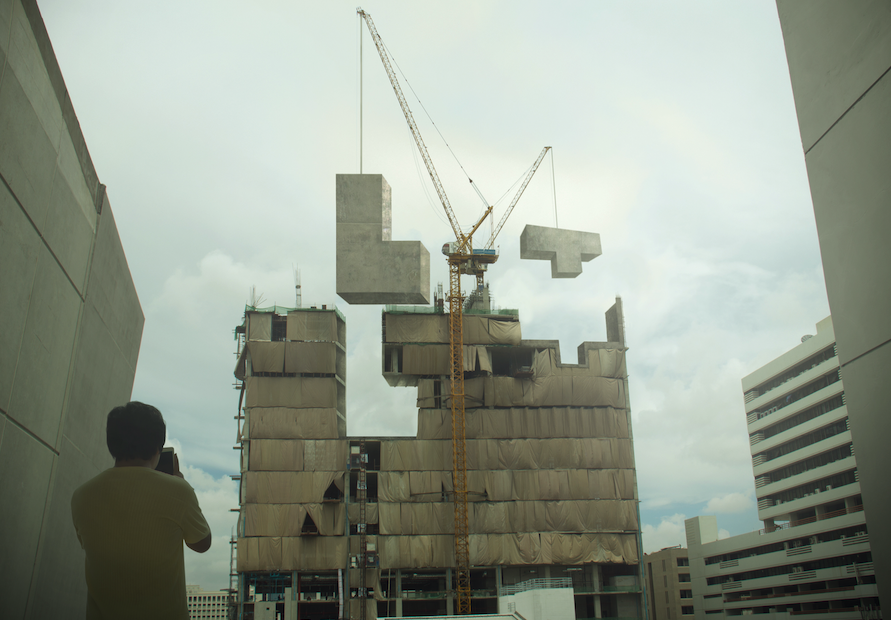 Most people in agency jobs don’t get special training to become project managers, we just gradually fall into the role of managing (often complicated) projects and hope to pick up the right skills along the way.

Learning project management techniques is a great way to stop yourself getting overwhelmed while making sure you don’t miss a trick - or a deadline.

To make your work more manageable this month, how about trying out a few things professional project managers do?

1. Give yourself space to think before doing (anything)

When you’re cruising through your to-do list, how often do you stop and think about why you’re doing something? I’m going to guess you’re a bit busy for that. But that’s one of the things a project manager has to do. They add a layer of thinking before any action takes place so that things happen in the right order and go well.

Every time a new task materialises, rather than let it distract you from what you’re doing or float around your brain waiting to stress you out - write or file it in your to-do list instead. Then come back to it between bits of work when you’re deciding what to do next.

Create a bit of space gives you crucial thinking time which is likely to make you perform most tasks better. Get in the habit of spending the first and last minutes of your day planning your work and you’ll find this is the best time to decide when these new tasks go into your schedule.

2. Link every task to an objective and a goal.

Every task is part of a bigger effort. If it’s not, you need to think about ditching it. If you were to represent your workload visually, here’s the task family tree.

Every task is spawned from an objective, which ultimately leads to a goal. If you can’t attach a task to a goal, why are you doing it? Surely it’s a distraction.

3. Expand the task to see what the sub-tasks are

Some simple-looking jobs you write on your to-do list are really multiple tasks in disguise like a stack of cartoon kids in a trench coat. When you’re planning to do a task, work out what the sub-tasks to complete in order to tick this off your list. For example, if you’re going to write an article - that’s one task to tick off, but it will involve several phases such as research, interviews, drafting, formatting…

Look out for requests that start with the words ‘Can you just…’ - they’re often things people are trying to get off their plates without having thought about how many separate tasks are involved.

Let’s say you’ve got a presentation to give in a week. The first thing you should do is not start work on your slide deck. Get planning - work out what all the different pieces of your project are so you can estimate how long they will take, what order you need to things in and whether you’re going to need help.

It’s a matter of plotting out an imagined future timeline of events that are going to happen, but working backwards from your goal will help you think of tasks you may have missed and the vital links between tasks.

5. Put everything goes into your system

You can take away a well-trained project manager’s fancy software and even their computer and still expect them to get things done. The most basic tools of a good project manager are lists and schedules which become a system of gathering, organisation and prioritisation.

The system they use is not what’s most important - it’s the fact that absolutely everything incoming goes into their system and is found a place, because they don’t want something unplanned to crop up at the last minute and affect other aspects of work. When you’re in multiple busy agency teams, you can easily lose bits of information that were given to you verbally.

Important ideas that popped into your head at the wrong time are also likely to disappear. So get in the habit of writing things down and filing them properly in a living system. Then use the same system to schedule and prioritise your work.

Good luck with your month of project managing. Let me know how you got on.

Director, Henshall Centre
About LITON
I help people at agencies make their work more rewarding by changing their habits, finding new ways to do things and improving their skills. I'm a former PR consultant who works closely with several agencies to help them develop their teams' abilities and workign practices.